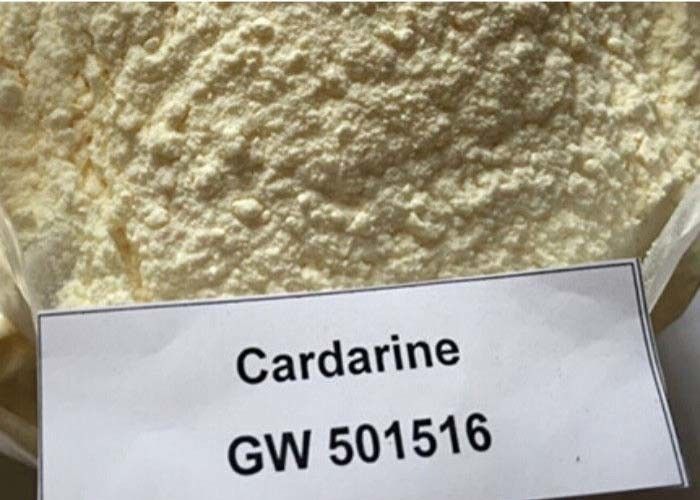 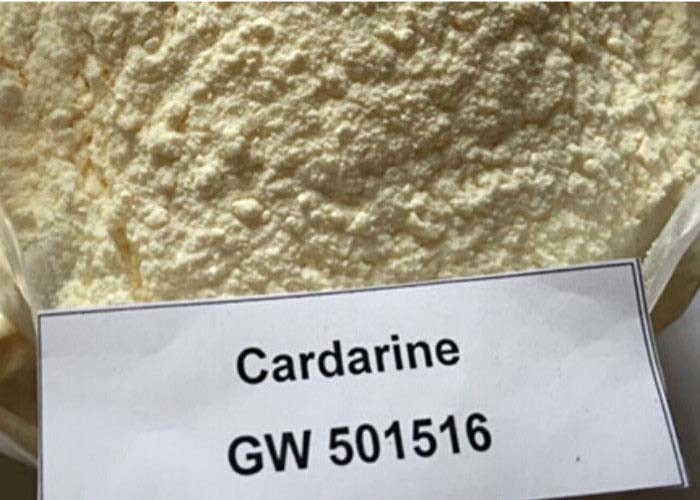 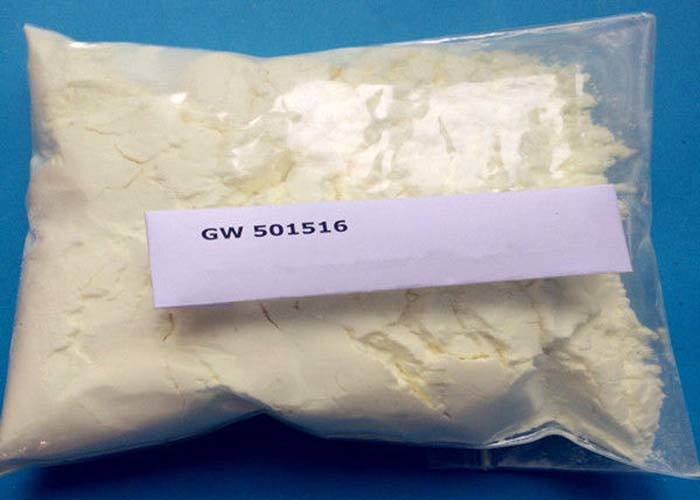 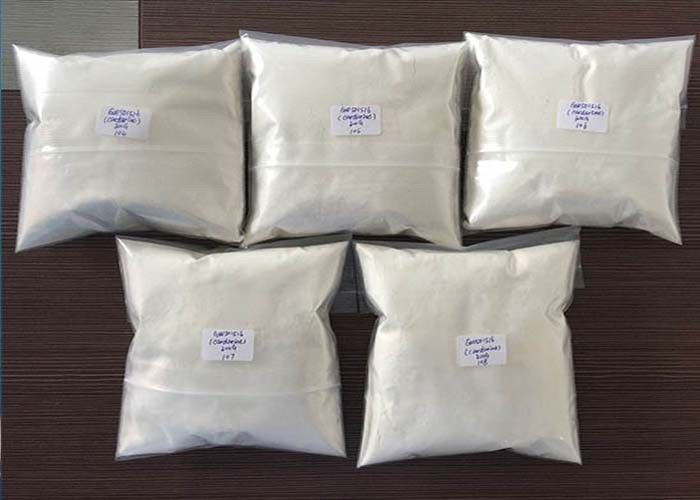 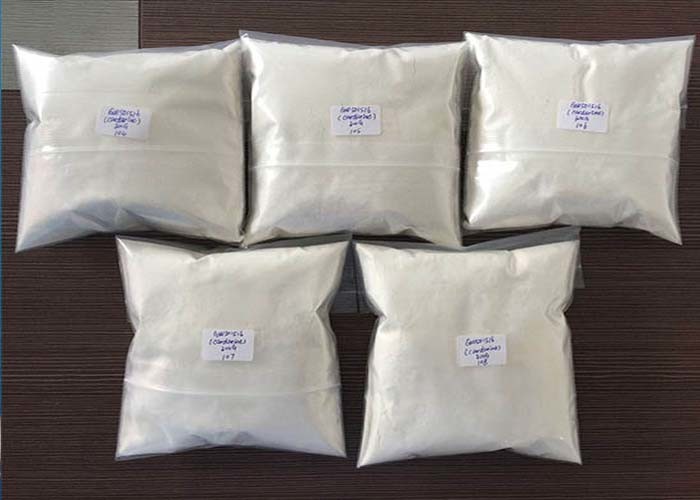 GW501516 is the name of a Glaxo Wellcome drug (the GW stands for the company and the number is that of the product). It is also known as GW-501,516, GW1516, GSK-516). It is a PPARδ receptor agonist that was not taken further than clinical trials. As such it is banned in sport. It fits in a number of places on the list, including specifically as “a peroxisome Proliferator Activated Receptor δ (PPARδ) agonists (e.g. GW501516)”. But it would also come under WADA’s new catch all “non approved substances” section that aims to stop any unlicensed drug being used by athletes.

Cardarine was discovered as a result of GSK and Ligand Pharma research collaborations that started in the early 1990’s. Interestingly, the compound reached phase 1 trials in 2000 for treatment of lipid strain, and then, it was discontinued in 2008. Nonetheless, today, it is used as a research compound, whilst athletes use it for performance enhancing and fat burning purposes.

Cardarine (GW-501516) is grouped in the category of SARMS, however in structure and definition, it is a PPAR modulator. As a PPAR modulator, it activates AMP-activated protein kinase and stimulates glucose uptake in skeletal muscle tissue. GW-501516 possesses abilities to reverse metabolism problems by stimulating fatty acid oxidation. It is considered a strong treatment for obesity and other related conditions.

GW stimulates glucose uptake and skeletal muscle tissue. It burns fat by stimulating fatty acid oxidation. It’s suggested as a potential treatment for obesity because of it’s ability to rapidly melt fat. Also, Cardarine is said to increase HDL by an average of 79% (good cholesterol) and decrease LDL (bad cholesterol) in current Phase II trials. GW 501516 is a PPARδ agonist. These help increase your HDL levels from an enhanced expression of the cholesterol transporter ABCA1.

Several research studies have been conducted on rats with Cardarine (GW-501516) implementation. GW is a selective agonist, or activator, of the PPAR receptor. The binding of GW-501516 to PPAR recruits the co activator PGC-1a. The PPAR/co activator complex then up regulates the expression of proteins involved in energy expenditure.

GW-501516 has also show to increase fatty acid metabolism in skeletal muscle and protect against obesity caused from diet. Testing conducted on obese rhesus monkeys proved GW increased HDL (good cholesterol) and lowered VLDL (bad cholesterol). GW was originally intended to be created as a treatment for cholesterol problems, which it has shown to possess a high rate of efficacy in doing.

GW-501516 possesses many strong attribute and abilities but is known for two major strengths.

1. The endurance benefits that can be obtained with GW-501516 research are unmatched. There is a strong reason that it has been banned in many professional sport settings, most notably, the Olympics, NCAA and with professional cyclists. GW-501516 can drastically improve endurance over extended periods of time but expanding the VO2 max, allowing for continuous improvements in aerobic capacity. This allows for research subjects to reach potential that would otherwise be unattainable. GW allows one to overcome plateaus and reach peak level.

Many athletes are using Cardarine to boost their performance. Cardarine does not increase strength, rather it increases stamina and endurance. For example bodybuilders have used it to be able to reduce the rest time between sets and be able to perform more sets at high intensity. Runners experience an immediate boost in performance making running 10 miles feel like 5 miles. And other athletes used it reporting they are able to work out harder for longer without fatigue and improving their recovery time.

2. GW-501516 was originally designed to treat cholesterol and this is a characteristic that should never be forgotten, yet in many circumstances, it is. Although this is an extremely strong characteristic, this is not one of the top two major strengths it is known for. This characteristic is that of fat loss. GW is extremely desirable because it has the ability to shed fat rapidly while staying in a non-catabolic state. GW gives one the ability to drop fat at a far higher rate than generally possibly, yet in an extremely safe facet.

GW 501516 is the “ultimate endurance enhancer” - It’s used by elite athletes and competitors for a reason.

Gives you insane energy levels - so you can push harder in the gym, increase your intensity, and bust through plateaus like never before.
Decreases recovery time - meaning you can lift almost every day while taking GW.

Will rapidly melt fat, but is NON CATABOLIC. That means you’ll keep all your gains while getting leaner.
Will get you immediate, noticeable results: literally on the first dose.

Provides one of the cleanest energies. It’s not a stimulant, so you won’t crash or feel anxious at all.
The ability to run for as long as 12 weeks. You’ll get better and better results the longer you take it.
Is versatile - can be stacked with virtually anything.

Can be used while cutting or bulking. Cardarine will accelerate your results no matter what you do.
Gives you an overall sense of health and well being. You’ll feel amazing while you’re on it.

No side effects, liver toxicity, or suppression have been reported. There’s no need for PCT either.

Called the possible cure for obesity, Cardarine allows you to lose weight by using fat stores for energy rather than carbohydrates.

GW-501516 also has a very long half life, so it can be dosed once a day or split 12 hours apart. The most effective method of dosing is to take it in one serving, 30 minutes prior to working out. On non workout days, once a day dosing in the morning is the best method. If a split dosage is used, 10-12 hour splits are optimal.

There are constant debates and many studies arguing the potential side effects for a user. There are studies showing that GW-501516 has caused cancer in rats while other studies refute it. The ONE study that was conducted that showed this issue was deeply flawed and refuted time and time again. GW-501516 dosing was not only abused but ran at insurmountable amounts of time within this study. When ran properly, it has actually been used as a cancer treatment. There are no known side effects associated with GW use and the only need to cycle off is so that one’s body does not acclimate or desensitize to use. There is no suppression, no toxicity and no other common side effects. This makes GW even more desirable amongst the bodybuilding community.

GW 501516 is extremely popular and is extremely effective. The effects it has on increased endurance and fat loss have been staggering. The recommended dosage for GW is 10-20 mg and for 8 weeks length. GW has shown to have drastic effects and little to no side effects. It is a favorite amongst many users and offers several great benefits.