Detailed Product Description
Skin Tanning Melanotan II Acetate CAS 121062-08-6 Melanotan 2 MT-2 10mg Vials Safe Shipping
Quick Detail:
Unit Size :10 mg/vial
Unit Quantity :1 Vial
CAS NO. :121062-08-6
Synonyms :Melanotan-II
Molecular Formula :C50H69N15O9
Molecular Weight :1024.18
Sequence :Ac-Nle-cyclo(-beta-Asp-His-D-Phe-Arg-Trp-epsilon-Lys-NH2)
Appearance :White Powder
Purity :99.21%
Identity (ESI-MS) :1024.18±1.0
Source :Chemical Synthesis
Storage :Lyophilized Melanotan II is stable at room temperature for 90 days,however it should be stored in a freezer below -8C for any extended period of time. After reconstituting Melanotan II should be refrigerated at temperatures not to exceed 36 F.
Description
Melanotan and melanotan II are both analogs of the peptide hormone alpha-melanocyte stimulating hormone inducing skin tanning.
Like its predecessor, Melanotan I, MT 2 plays a role in stimulating melanogenesis and thus providing a protective mechanism against UV rays since under its actions melanocytes are able to increase production and secretion of hormone melanin.
Scientists were also able to notice another characteristic of this compound. MT 2 had a positive e!ect on libido due to its aphrodisiac properties. Scientists also found MT 2 had a mild positive fat-mobilizing e!ect.
COA:
Applications:
If you look hard enough out there, you will find some weird and wonderful dosaging schedules whereby the user calculates their daily dosage by multiplying their bodyweight by a cofactor. Perhaps this approach has been adopted since this has been the method employed in the ongoing clinical studies. Typically, this type of formula would suggest a dose of 1mg of MT-II per day for someone weighing in at a mere 110lb (50kg). The cynical among us might be forgiven for thinking that these formulae are constructed by those with a personal interest in the sale of the product as I believe this to be more than necessary to achieve a great result. Indeed, there are many instances whereby users feel they have become too dark. While I have no problem with a bodyweight dosage scale in principle, I can't help thinking that it's not only unnecessary (particularly for the mathematically challenged), but also avoids the ability to gradually increase dosages from a relatively low level; something which I would advocate to assess individual tolerance levels to side effects, especially in the case of MT-II.
Clinical trials to determine efficacy of the drugs have typically used dosages up to 0.21mg/kg daily for Melanotan (16mg for a 75kg (165lb) individual), and up to 0.03mg/kg daily for Melanotan II (2.25mg for a 75kg (165lb) individual). More typically however, trials have used the dosages of 0.16mg/kg (12mg) and 0.025mg/kg (1.875mg) respectively. At this level of dosage, one such study involving Melanotan indicated the following incidences of side effects from subjects:
Nausea 85%
Facial Flushing 75%
Fatigue 44%
Vomiting 26%
Injection site reactions 13%
Zero incidence of erections
No change in vital signs or haematological parameters, blood biochemistry (liver and renal function)
As is the case with any drug use, the user is ideally looking to minimise unwanted side effects, whilst still achieving an acceptable outcome. With this in mind, I would suggest that a tapering up of dosages is used in order to assess the individual's personal tolerance to the side effects.
Both MT and MT II can be used for extended periods, whereby there is an initial daily administration of perhaps 2-3 weeks or until desired level of pigmentation has been achieved, followed by a maintenance phase of two injections per week. 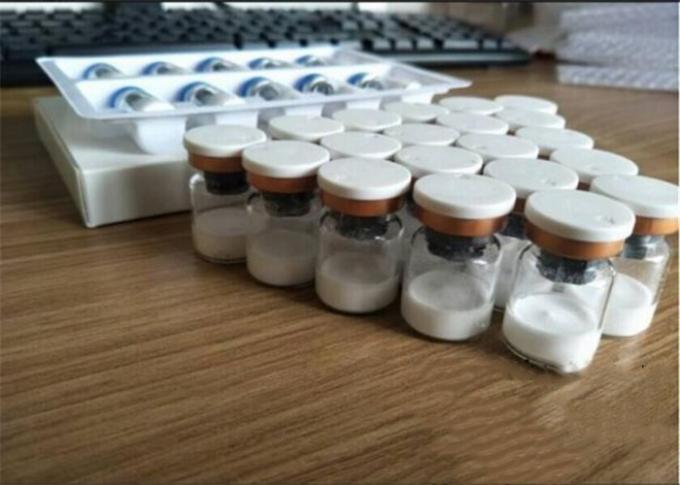