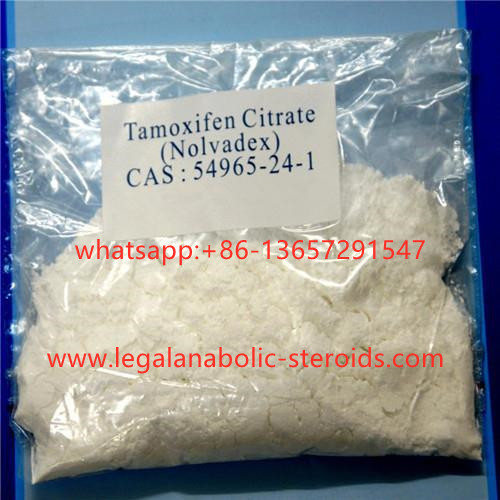 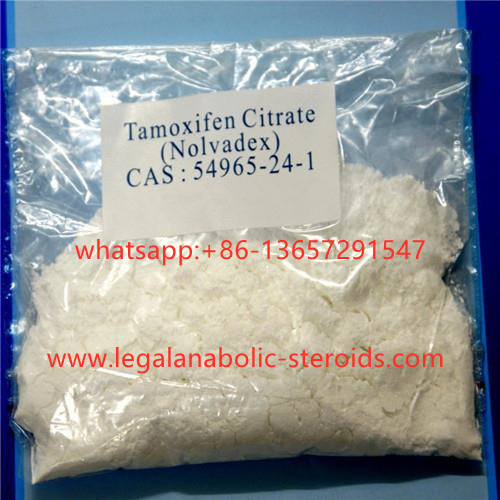 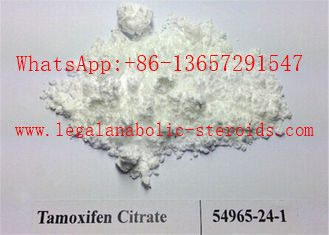 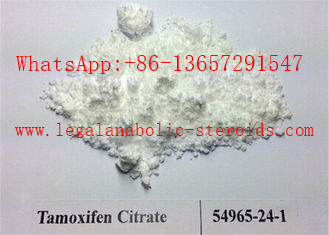 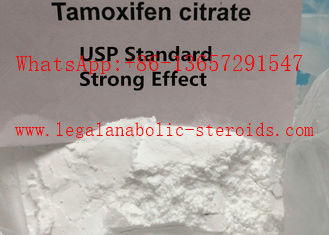 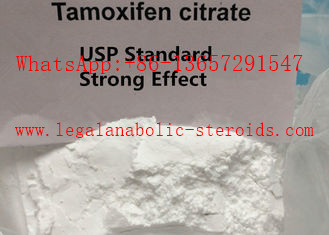 Usage: the goods to anti-estrogen fertility inducer, the objects in dysfunctional uterine bleeding, polycystic ovary, menstrual disorders and drug-induced amenorrhea and other gynecologic diseases;It is used as a first line defense against breast cancer.

Nolvadex is a popular and powerful and effective selective estrogen receptor modulators (SERM) is often called a anti-estrogen.Although as a rival, however, is actually a agonists, because it will serve as estrogen in some parts of the body as a anti-estrogen in other areas.As one of the oldest SERM market is still often used in medicine, although Nolvadex also use anabolic steroid users is not an anabolic steroid.This is an important note some frequently used in steroid cycle. Nolvadex just a SERM.

Tamoxifen Citrate has been used medically for decades and has been highly successful in breast cancer treatment, specifically hormone-responsive breast cancer. It is also a medication that is used by many anabolic steroid users, but it is not a steroid. This is a drug steroid users will sometimes use during steroid use to help with estrogenic related side effects brought on by specific steroids. However, it is most commonly used during Post Cycle Therapy (PCT). PCT is the 3-6 week period following steroid use that is implemented in order to help with natural testosterone production that is suppressed during anabolic steroid use.

1)For the purpose of breast cancer treatment there are six Tamoxifen Citrate plans that encompass both male and female treatment. In any of the six plans doses normally fall in the 10-20mg twice per day range. A full 40mg per day (20mg twice per day) is very common during the first stage of Tamoxifen Citrate treatment. Many breast cancer patients will also continue 10-20mg per day indefinitely once the cancer is in remission in order to prevent it from coming back.

2)We have the anabolic steroid user. For on cycle gynecomastia prevention 10-20mg per day is the standard range. If this dosing range does not help it is unlikely any dose will and AI's should strongly be considered. Some men are afraid to use AI's because they fear they might hinder their gains. It's true you will hold less water therefore weigh less, but water is not an actual gain. Besides, would you rather weigh just a little less or have massive and unattractive gynecomastia?

Tamoxifen Citrate is an antagonist of the estrogen receptor in breast tissue via its active metabolite, hydroxytamoxifen. In other tissues such as the endometrium, it behaves as an agonist, and thus may be characterized as a mixed agonist/antagonist. Tamoxifen is the usual endocrine (anti-estrogen) therapy forhormonereceptor-positivebreast cancer in pre-menopausal women, and is also a standard in post-menopausal women although aromatase inhibitors are also frequently used in that setting.

is metabolized into compounds that also bind to the estrogen receptor but do not activate it. Because of this competitive antagonism, acts like a key broken off in the lock that prevents any other key from being inserted, preventing estrogen from binding to its receptor. Hence breast cancer cell growth is blocked.

The average Nolvadex dosage can vary quite dramatically depending the purpose of use as well as whos using it. In most cases the compound comprised of Tamoxifen Citrate will be used for on cycle side-effect prevention, Post Cycle Therapy (PCT) and by females for atestosterone boosting effect or as part of a physique competition preparation. In any case the average Nolvadex dosage will range from 10mg to 40mg and in most cases never exceed this mark. In order to determine the right Nolvadex dosage for you we only need to examine the three common points of use.

Tamoxifen Citrate can be an excellent performance enhancing tool for the female athlete as it has the ability to increase testosteroneproduction as well as bind estrogen. Many female athletes will opt for this testosterone boosting effect instead of anabolic steroids due to the possibility of virilization that many of them can bring about. More commonly is however the use by females in the physique sports competitions; not only bodybuilding but figure and bikini as well. Such use can promote a leaner and tighter looking physique and often be the difference in how well the athlete places. For most women the most common Nolvadex dosage will be at 10mg per day with very few ever exceeding 20mg per day and most will never need this much.

For decades many performance enhancing athletes have supplemented with Tamoxifen Citrate while on cycle in order to protect againstGynecomastia (male breast enlargement.) The manner in-which it works is simple; Gyno as it is commonly known is brought on by an increase of estrogen in the body; this increase is caused by anabolic steroids that aromatize. As the excess estrogen exists it may then bind to the receptors in the chest causing Gyno. Fortunately a good 10mg Nolvadex dosage can often protect against this onset action. As estrogen buildup occurs Tamoxifen Citrate binds in the estrogens place preventing it from binding and causing Gyno. While 10mg will work many men will need a Nolvadex dosage of 20mg every day and when enough aromatizing steroids are taken there is no amount of Nolvadex on earth that will prevent it. If you are sensitive to Gynecomastia due to high doses or simply being sensitive by nature you will need to seek out aromatase inhibitors as they will be all that protects you.

PCT has been and will always be the most common period of Tamoxifen Citrate use and as such more will be interested in the correct Nolvadex dosage for this period beyond any other. The purpose of use during PCT is simple; to stimulate natural testosterone production that has been suppressed due to anabolic steroid use and more than likely tremendously so. For most men daily therapy will begin at 40mg per day, eventually dropping to 20mg per day until use is discontinued. The average man will need at least 4 weeks of total therapy with many men needing 6 total weeks if their steroid cycle was long and suppressive in nature. However long your PCT plan is a Nolvadex dosage of 40mg per day for the first half of the plan followed by a 20mg every day the final weeks will suffice.

For the anabolic steroid user the positive effects of Tamoxifen Citrate can be seen both during and post anabolic steroid use with post use being primary. Anabolic steroids like Testosterone and Nandrolone among others will increase the body’s serum estrogen levels. This occurs by the testosterone hormone converting to testosterone, which happens due to it being metabolized by the aromatase enzyme. Once aromatized you have more estrogen, and this can lead to gynecomastia and water retention. It can also lead to high blood pressure if water retention becomes severe. Tamoxifen Citrate does not lower serum estrogen levels, but it will bind to the receptors in the chest preventing the estrogen from binding. It will not do a lot for water retention if that is an issue. It is also not enough gynecomastia protection for all men, but that depends on how high estrogen levels go as well as genetics. If more or stronger protection is needed Aromatase Inhibitors (AI’s) are recommended. AI’s are anti-estrogens that inhibit aromatase activity and lower serum estrogen levels.

We then have the testosterone stimulating effects of Tamoxifen Citrate. This is by far the most important effect for the anabolic steroid user. When we use anabolic steroids we suppress our natural testosterone production, and this will occur regardless of the steroids used. Steroid use creates a negative feedback and tells your pituitary to stop making LH and FSH. This is why almost all steroid cycles include exogenous testosterone so that the negative feedback doesn’t cause a low testosterone level. Once steroid use is complete something is then needed to jump start testosterone production. It will occur on its own, but it will be slow and Tamoxifen can both speed it up and make it more efficient. Tamoxifen Citrate is introduced, LH and FSH levels go up and as a result testosterone is produced.

Important Note: PCT use that includes Tamoxifen Citrate or any SERM, for it to be successful this assumes no prior low testosterone condition existed. It also assumes no damage was done to the Hypothalamic-Pituitary-Testicular-Axis (HPTA) during use. If prior low levels existed Tamoxifen Citrate won’t magically fix this. If severe damage was done to the HPTA you will not recover and may be in need of low testosterone treatment.

8.How to proceed steroid order?

First: Please let me know the itmes you are looking for, quantity, and the destination country.

Second: You confirm all details, and offer us purchasing order;

Third: We send the detail price of our product and offer suitable shipping method reference.

Forth: You confirm the order and pay money 100% in advance and send us detail address.

Fifth: We arrange the shipment according to your requirements.

Sixth: We offer after-sales service after you receive parcel.

Do not hesitate to contact me if you are interested in or have any other questions ,requirment. All welcome!