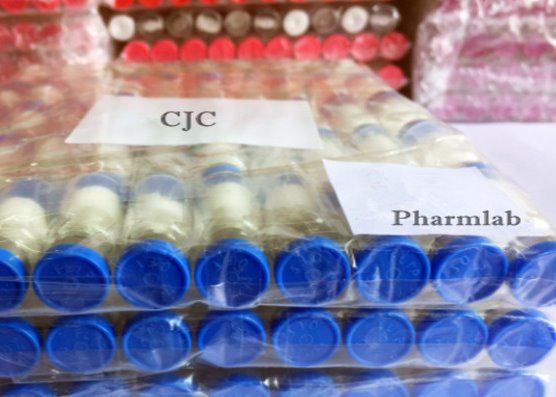 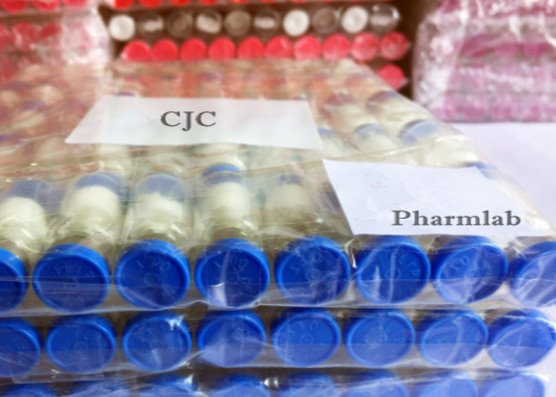 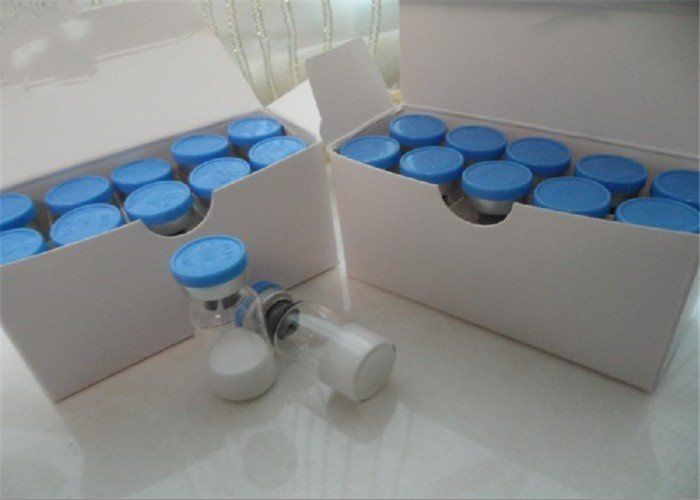 Description:
CJC-1295 DAC and CJC-1295 (also known as Modified GRF 1-29) are Releasing Hormones (GHRH). Their action in the human body is identical but the difference between the two peptides are the span of the half-life. Modified GRF 1-29 and Sermorelin have a very short acting half-life of about 30 minutes, while CJC-1295 DAC has a half-life that can last up to approximately 8 days. Many a scientist have reported that the short half-life of Sermorelin and Modified GRF 1-29 is considered to be much more natural
CJC-1295 is a Long acting GHRH analog.hormone-releasing hormone (GHRH), also known as hormone-releasing factor (GRF or GHRF) or somatocrinin, is a 44-amino acid peptide hormone produced in the hypothalamus by the arcuate nucleus. GHRH stimulates hormone (GH) secretion from the pituitary. GHRH is released in a pulsatile manner, stimulating pulsatile release of GH respectively.
Quick details:
Name:Cjc-1295 with Dac
CAS:51753-57-2
Other Name:Grf 1-29
Purity (HPLC):98%
MF: C165H271N47O46
MW: 3649.30
Appearance: White powder
Single Impurity(HPLC): 1.0%
Amino Acid Composition: 10% of theoretical
Peptide Content(N%): 80%(by %N)
Water Content(Karl Fischer): 6.0%
Acetate Content(HPIC): 15.0%
Mass Balance: 95.0~105.0%
Specifications&COA:
Dosage
The available literature indicates dose of 1000 mcg administered every three days (twice a week).The recommended duration of use is two months to half a year. Best results are obtained by combining the product GHRP-6CJC-1295 is suitable in combination with AS (anabolic steroids) in volume and pre-competition period, as well as to the PCT (Post Cycle Therapy).
CJC-1295 without DAC usage
Modified GRF 1-29 is also known as Mod GRF 1-29, but even more commonly known as CJC-1295 without DAC. It is a protein that is 29 amino acids long and it is a GHRH analogue. CJC-1295 without DAC acts on receptors at the pituitary gland to stimulate the release of Human Growth Hormone.
CJC-1295 without DAC could be referred to more properly as a second generation derivative of GHRH. GHRH is modified to create what is known as Releasing Factor (GRF) 1-29, also known as Sermorelin. GRF 1-29 is then further modified to create Mod GRF 1-29 which is CJC-1295 without DAC.
Advantages of the use of CJC-1295
1.Supports GH secretion 2-10 times
2.Half-life of 7 days
3.Simple application twice a week
4.Improving sleep
5.The rejuvenation of joints, tendons and ligaments
6.Faster recovery
7.Muscle growth
8.Reducing the amount of subcutaneous fat

Related Products:
Advantages:
1. Rich experience.
We specialize in this field for many years, our steroids and hormones exported to Overseas, to Europe, Africa, Asia and Americas and so on other country, and we have got very good feedback from our customers, and had Established long friendly relations of cooperation.
2. Great quality, purity and favourable.
Good quality is one of our secret success, welcome order the samples, MOQ just 10 grams.
3. Safest and fastest delivery.
We have Adequate stock, and can delivery quickly at the very day when receive the payment.
We have special way could ship 0.01 kilo to 3.5 kilo products a time. We offer melting powder into liquid service. And ship the liquid in special bottles.
4. Good after-sales service.
Tell the package update ASAP, and will try best solve when customer encountered various.