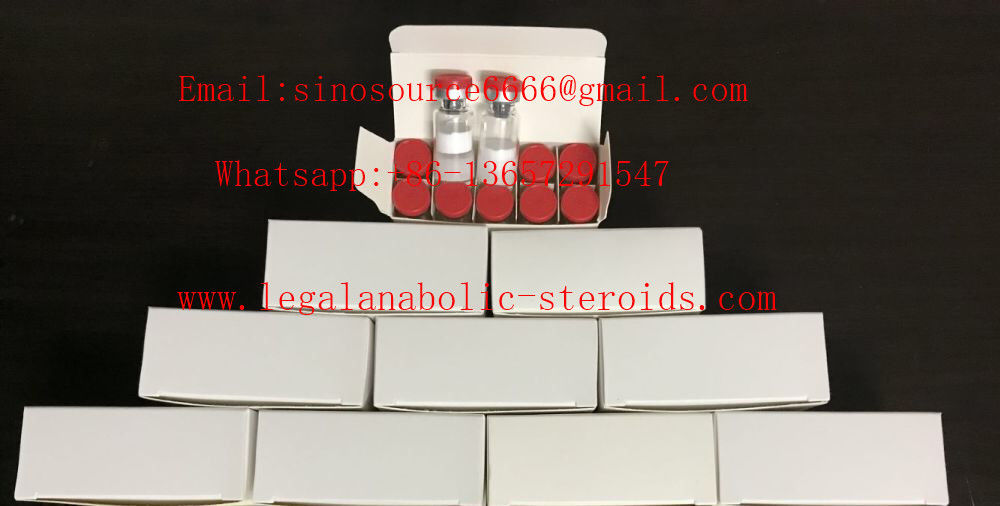 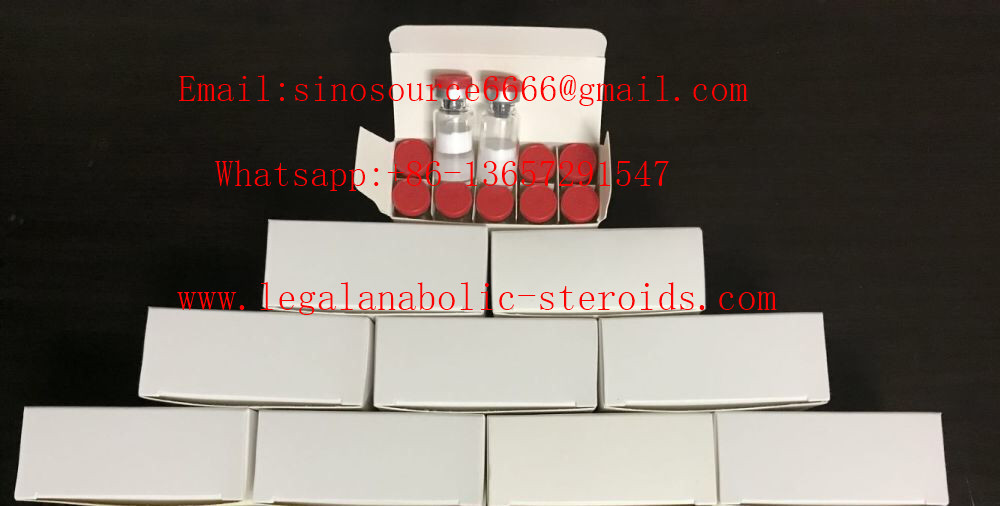 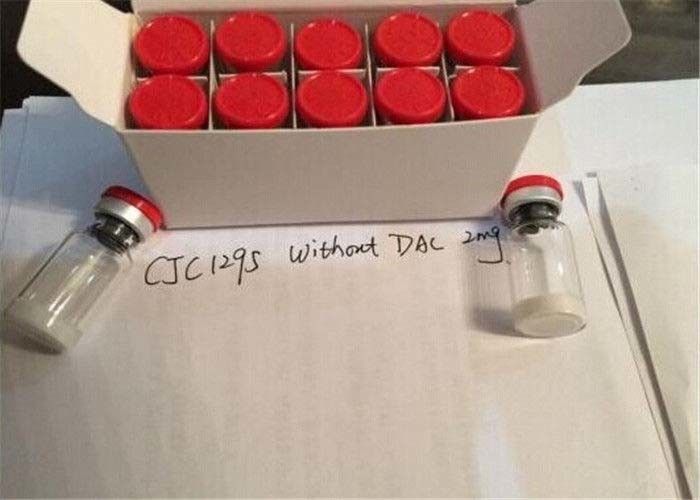 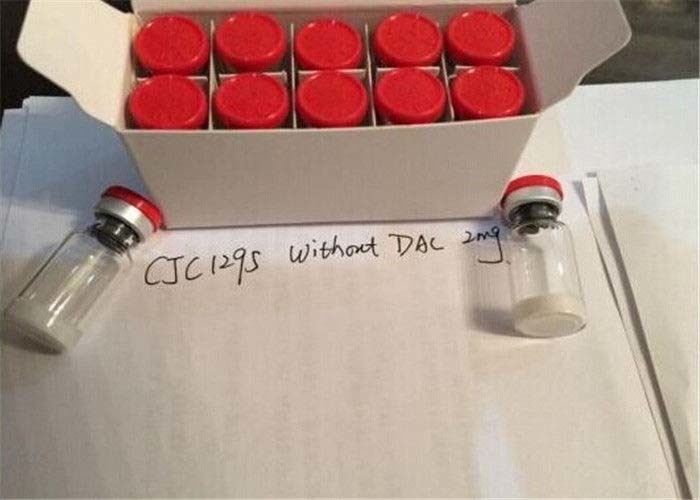 CJC-1295 is basically a peptide hormone that acts similar to growth hormone releasing hormones (GHRH). Invented by a Canadian biotechnology company called ConjuChem, it is beneficial to athletes because it can bioconjugate with circulating albumin and increase the time it can be used for medical purposes. It achieves this by preventing degradation of its amino acids. With a single dose, it can remain in the body for quite a few days and can cause the growth hormone to be released many times per day. This reduces the frequency of injections needed.

CJC-1295 increases the production of growth hormone as well as IGF-1 - which has anabolic effects in adults. However, it does not increase the levels of prolactin - high levels of which can create impotence and mental health problems in men. By increasing these two hormones, it enhances protein production in the body, which in turn, boosts muscle mass. It also induces lipolysis - the breakdown of fat tissue, boosts recovery from injuries, increases bone density, and also reduces aging factors like skin wrinkles. It can also stimulate cell growth, due to which it can be used to treat withered tissue or organs.

CJC-1295 acts for much longer than pure GRF. It acts on the pituitary gland and keeps stimulating the release of growth hormone in pulses. The reason why it acts in pulses is because the axis of the human growth hormone controls how much of the hormone can remain in the body at a time. This maintains the homeostatic environment in the body.

The DAC technology in the CJC-1295 enables the compound to bind itself covalently with any circulating albumin, after it has been administered through a subcutaneous injection. However, the reason why the half-life could be extended from a few minutes to several days is more profound. The reactive group in the CJC-1295 binds to a peptide through bioconjugation. The peptide then finds a neucleophilic unit within the blood and reacts with it in order to create a firmer bond.

When using any GHRH, it should always be remembered that positive results cannot be achieved overnight. These compounds act steadily over time, and the best results can be achieved slowly, and with a nutritious diet and a proper exercise regime. Also, these peptides are not sex-specific, so they do not have any androgenic effects. They can be used by women in the same dosages that men do.

DAC or no DAC?

When a person sees the term CJC 1295 without DAC this is really means that they are looking at MOD GRF 1-29. This tetrasubstitued peptide is a modified version of the original GRF 1-29 peptide better known as Semorelin. Due to the extreme short half life of the original GRF 1-29, chemists were able to modify the peptide to offer a longer biological activity that reduced the metabolic clearance. Although with MOD GRF 1-29 its modification had resulted in a greater peptide bond, the average user will still likely need to inject two to three times a day with a GHRP to get the maximum effectiveness for releasing endogenous growth hormone. Now when the drug affinity complex (DAC) was added to CJC 1295, it allowed for an even greater possibility to utilize smaller GH pulses (what was once thought of as a bleed) that, when combined with a GHRP, will activate growth hormone stores to release throughout the day and night. When the DAC component was added, this allowed the peptide half-life to be extended to about one week and also provided for steadier blood levels after injection. Now that we understand how important the DAC factor is, this becomes a much more viable and cost effective way to utilize CJC 1295 with DAC along with a GHRP. The DAC, when added, is able to bind to albumin that circulates the body, literally being able to last for days as it looks for receptors to bind to. So, in short, if you prefer to use shorter spikes of GH release then the use of the MOD GRF 1-29 (CJC 1295 without DAC) is going to be optimal. However, if your prefer fewer injections and still want to unleash your growth hormone stores, then 2-3 times a week injections of CJC 1295 with DAC along with your daily injection of GHRP would be the way to proceed for maximizing growth hormone release.

The naming might have thrown you for a loop, but don’t let that stop you from understanding the reason why you should utilize one of the best GHRH’s out there. CJC 1295 is probably the best and most widely use GHRH along with your chosen GHRP. Like all of the other peptides you are dealing with, it is a delicate lyophilized powder that should be kept out of the light and in a cool dry place. Reconstitution is done with bacteriostatic water or sodium chloride meant for injection. As already stated before, to mimic the natural release of growth hormone through the natural spikes you would achieve through the day MOD GRF 1-29 (CJC 1295 without DAC) should be injected 1-3 times per day at 100mcg-200mcg doses along with your GHRP of choice. Now, the most cost effective and in my opinion better way to utilize CJC 1295 is to go with the CJC 1295 with DAC. This will allow the bodybuilder or athlete to inject 2mg of CJC 1295 with DAC twice weekly along with their daily injection of GHRP. This will offer smaller but more frequent growth hormone pulses that would ideally get a user closer to exogenous HGH doses.

High quality with competitive price:
1) Standard: Enterprise Standard
2) All Purity:>=99%
3) We are manufacturer and can provide high quality products with factory price.

Fast and safe delivery:
1) Parcel can be sent out in 24 hours after payment. Tracking number available
2) Secure and discreet shipment. Various transportation methods for your choice.
3) Customs pass rate: >=99%
4) We have our own agent/remailer/distributor who can help us ship our products very fast and safe, and we have stock in there for transferring.

We have clients throughout the world:
1) Professional service and rich experience make customers feel at ease, adequate stock and fast delivery meet their desire.
2) Market feedback and goods feedback will be appreciated, meeting customers's requirement is our responsibility.
3) High quality, competitive price, fast delivery, first-class service gain the trust and praise from the customers.