Detailed Product Description
CAS 62-44-2 Phenacetin Pain Killer Medicine Fit Pain - Relieving And Fever Reducing
Product Description:
Phenacetin
CAS: 62-44-2
EINECS Number: 200-533-0
Formula: C10H13NO2
MW: 179.2157
Density: 1.099g / cm3
Melting point: 133-138 ℃
Boiling point: 355.1 ° C at 760 mmHg
Flash Point: 168.5 ° C
Water-soluble: 0.076 g / 100 mL
Vapor Pressure: 3.21E-05mmHg at 25 ° C
Uses: Anti-inflammatory drugs
Assay: 99%
Appearance: White or almost white crystalline powder
Phenacetin is a pain-relieving and fever-reducing drug, widely used from its introduction in 1887 until banned in the US by the FDA in 1983. Its use has declined because of its adverse effects, which include increased risk of certain cancers and kidney damage. It is metabolized into paracetamol, which replaced it in some over-the-counter medications following the ban on phenacetin.
Applications:
Phenacetin was widely used until the third quarter of the twentieth century, often in the form of an "A.P.C." or aspirin-phenacetin-caffeine compound analgesic, as a remedy for fever and pain. An early formulation (1919) was Vincent's APC in Australia. However the U.S. Food and Drug Administration ordered the withdrawal of drugs containing phenacetin in November 1983, owing to its carcinogenic and kidney-damaging properties (Federal Register of October 5, 1983 (48 FR 45466)).
It was also banned in India.As a result some branded, previously phenacetin-based preparations continued to be sold, but with the phenacetin replaced by safer alternatives. A popular brand of phenacetin was Roche's Saridon, which was reformulated in 1983 to contain propyphenazone, paracetamol and caffeine. Coricidin was also reformulated without phenacetin. Paracetamol is a metabolite of phenacetin with similar analgesic and antipyretic effects, but the new formulation has not been found to have phenacetin's carcinogenicity.
Phenacetin is now being used as a cutting agent to adulterate cocaine in the UK and Canada, owing to the similar physical features of the two drugs.Due to low cost phenacetin is used for research into the physical and refractive properties of crystals. It is an ideal compound for this type of research.
COA:
Phenacet/ Fenacetina Function:
Antipyretic effect is stronger than the analgesic effect. Effect of strength is slow and long-lasting as aspirin, low toxicity. Research shows that: This product and its metabolites acetaminophen have the antipyretic effect. Because the enzyme inhibitor make phenacetins-Acetate not be converted into paracetamol, still showed obvious antipyretic effect,thus the antipyretic effect after the product line not converrt to paracetamol.The mild phenacetins-Acetate analgesic effect usually lasts 3 to 4 hours; and synergistic effect, of alicylic acid coadministrationmake the analgesic effect enhancement. The main clinical is for small animal antipyretic analgesic. This product is also a component of the APC tablet.
Indications and Usage:
Phenacetin is mainly used as an antipyretic analgesic, with slow and lasting effects, treating headaches, neuralgia, joint pain, and fever, and weakly resisting rheumatism and inflammation. Because of toxic side effects and the rapid development of similar drugs, however, it is no longer used alone, only as a raw material in combination with other drugs. Commonly combined with aspirin and caffeine to form a less toxic compound aspirin used to treat the common cold. Can make chlorpheniramine cold tablets by adding a small amount of chlorpheniramine to the above compound, used to treat colds with headache, neuralgia, rheumatism, etc. Can be used as a material for organic synthesis or a pharmaceutical intermediate.
Side Effects:
Long term use may cause renal papillary necrosis and interstitial nephritis, and even induce renal pelvic cancer and bladder cancer. Phenacetin also makes the hemoglobin to form methemoglobin, decreasing blood oxygen carrying capacity, causing cyanosis. In addition, Phenacetin can cause hemolysis and hemolytic anemia, and is toxic to the retina. Long term use may cause also lead to dependence. Countries including America, Britain, German, and Japan have banned Phenacetin, or required packaging to note that it is “not indicated for long-term usage or large doses.”
Our advantages:
1. High quality with competitive price:
1) Standard:BP/USP/EP/Enterprise standard;
2) All Purity≥99%;
3) We are manufacturer and can provide high quality products with factory price.
2. Fast and safe delivery
1) Parcel can be sent out in 24 hours after payment.Tracking number available;
2) Secure and discreet shipment.Various transportation methods for your choice;
3) Customs pass rate ≥99%;
4) We have our own agent/remailer/distributor who can help us ship our products very fast and safe,and we have stock in there for transferring.
3. We have clients throughout the world
1) Professional service and rich experience make customers feel at ease, adequate stock and fast delivery meet their desire;
2) Market feedback and goods feedback will be appreciated, meeting customers's requirement is our responsibility;
3) High quality,competitive price,fast delivery ,first-class service gain the trust and praise from the customers. 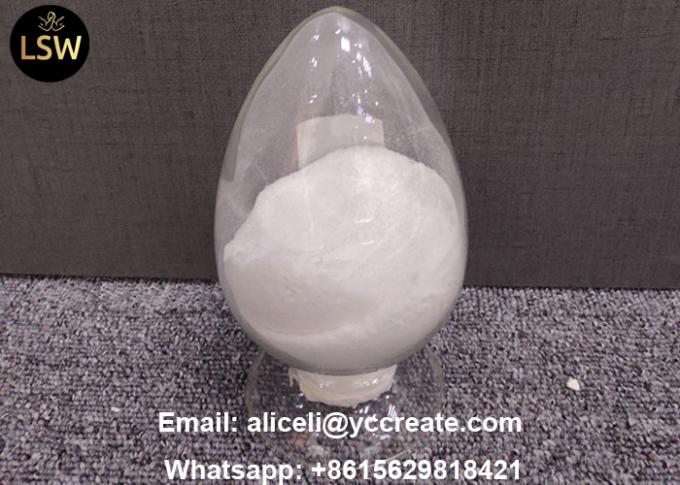